The most important considerations in data management today relate to sharing

One of the questions we sometimes field on our segmentation (below) is why we specifically plumped for “Data Sharing” rather than “Big Data”? The simple answer is that it’s where the interesting developments are occurring in the data analytics landscape which we wouldn’t otherwise cover in our other technology families. Many of the concepts floating around in so-called Big Data stem from topics that we’re covering elsewhere. 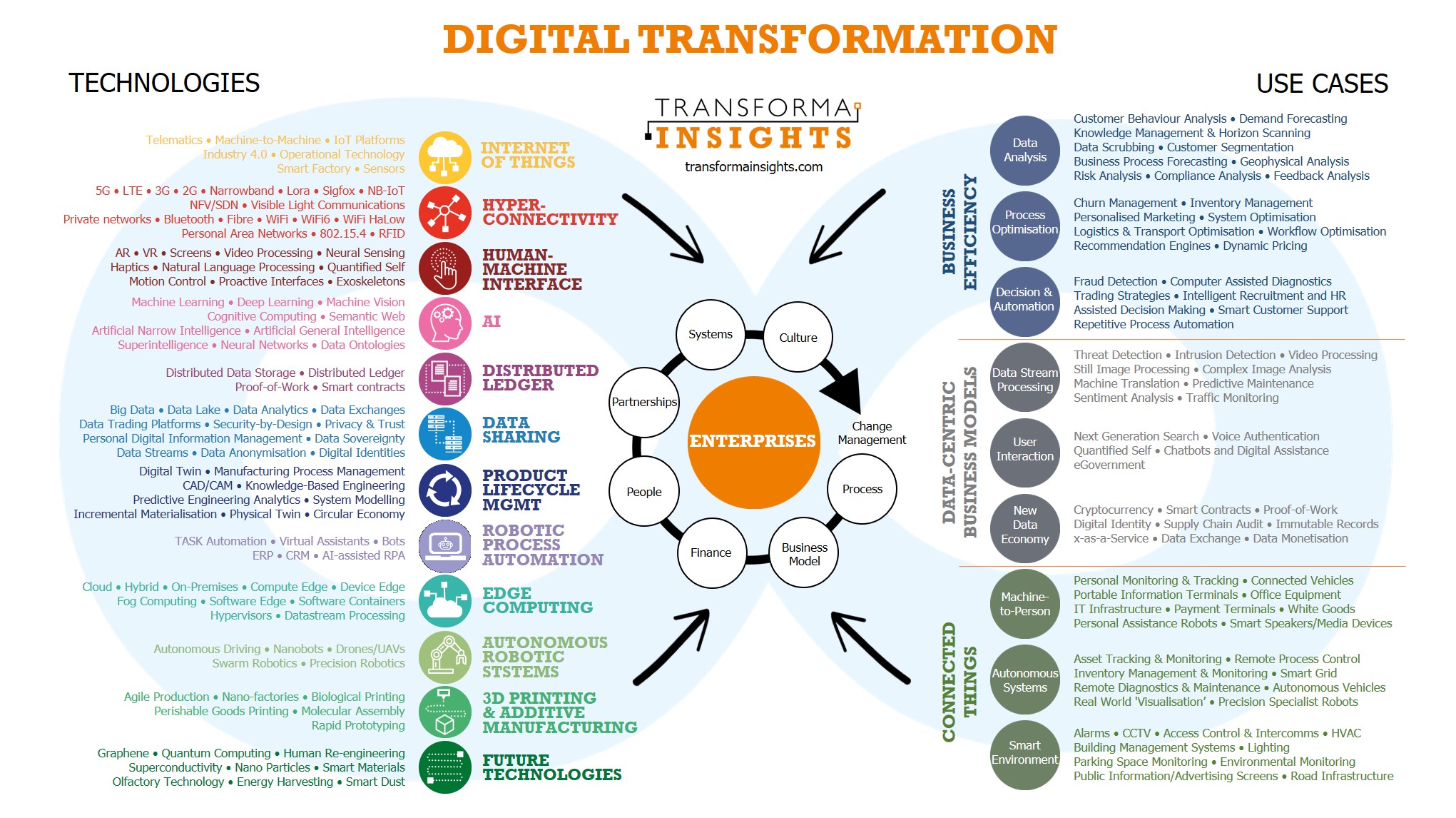 Much of big data lives in AI, IoT and edge computing

IoT, for instance, is driving a lot of the requirement for new approaches to data management, such as greater use of NoSQL, courtesy of the diversity and volume of data being generated. IoT also stimulates greater demand for real-time data management because it relates to not only data gathering but also control. This then triggers a further discussion on Edge Computing because edge processing is more responsive than on-premises or cloud deployments.

In parallel with this, the foreseeable future for data analytics is in Artificial Intelligence. The capabilities of AI have reached the point where they are increasingly better than humans at analysing certain kinds of data, particularly structured data that would have been the focus on older ‘store and mine’ model. A whole range of what were previously considered data analytics issues have now been surrendered to AI, including data mining and predictive analytics.

When you combine IoT, Edge Computing and AI, or some combination of them in the context of PLM such as predictive/pre-emptive maintenance, a lot of the most cutting edge elements of Big Data are covered.

The remaining intriguing topics concern the barriers to universal sharing of data, specifically the regulatory and commercial factors. Security, privacy and trust loom large in any consideration of Big Data, and are exponentially complicated by the requirements to share them, but these are not issues where technology is the defining factor. Similarly the issue of data exchange and trading. Technically it isn’t difficult to advertise a set of data and sell it. What is challenging is ensuring the discovery, validation (including establishing trustworthiness), normalisation, policy management, compliance and settlement are handled correctly. These issues are all far more about business processes and striking commercial arrangements.

Hence why we think about Data Sharing as one of our dozen DX technology families.