Autonomous Robotic Systems including drones, personal assistance robots and factory machinery to see ten-fold growth in the next decade

New Transforma Insights reports covering one of the twelve pillars of Digital Transformation show the use of autonomous robotics systems will increase from USD6.7 billion to USD43 billion in recurring revenue between 2020 and 2030, driven largely by precision specialist robots.

Transforma Insights today published a new set of forecasts for Autonomous Robotic Systems, a diverse set of applications that make use of some degree of autonomy, including drones, factory robots, robot vacuum cleaners such as Roomba, unmanned vehicles and delivery robots.

Autonomous systems, whether they be drones, delivery robots or factory machines, are set for significant growth over the next 10 years, heralding the arrival of new and refined business models. In total we expect 345 million robots that are autonomous, or capable of behaving autonomously, to be in service by 2030, a ten-fold increase over the decade.

The consumer sector will dominate device numbers, particularly with domestic assistance robots and low-cost drones. In terms of revenue, however, it is the more cutting-edge use cases that will dominate the market including manufacturing and surgical robots as they generate an order of magnitude greater recurring revenue per device.

Commenting on the findings, author Matt Hatton said: “Autonomy and robotics are part of a key technology trend that will become increasingly important in the 2020s. While we don’t expect autonomous vehicles to be unleashed on public roads in a significant way in the next decade, in more controlled environments such as homes, factories, hospitals, warehouses and campuses we expect a quite rapid take-off in adoption of autonomous robotic systems.”

Hatton further comments: “Across categories like personal assistance robots, drones and autonomous vehicles (limited though the latter might be) it is the US that leads, with overall 114 connected robots per 1,000 people in 2025. The dominance in precision specialist robots is also interesting because it covers both healthcare devices and factory and warehouse systems. We expect a push for onshoring of production which tend to be capital intensive which will favour automation.”

The reports can be accessed as part of a subscription to Transforma Insights Advisory Service. The first ‘Autonomous Robotic Systems: drones and domestic robots will drive device volumes while factory and surgical robots generate revenue’ (link here) examines the scale of the market opportunity associated with these diverse autonomous robotic systems, one of the twelve technology families that Transforma Insights considers in our coverage of Digital Transformation. 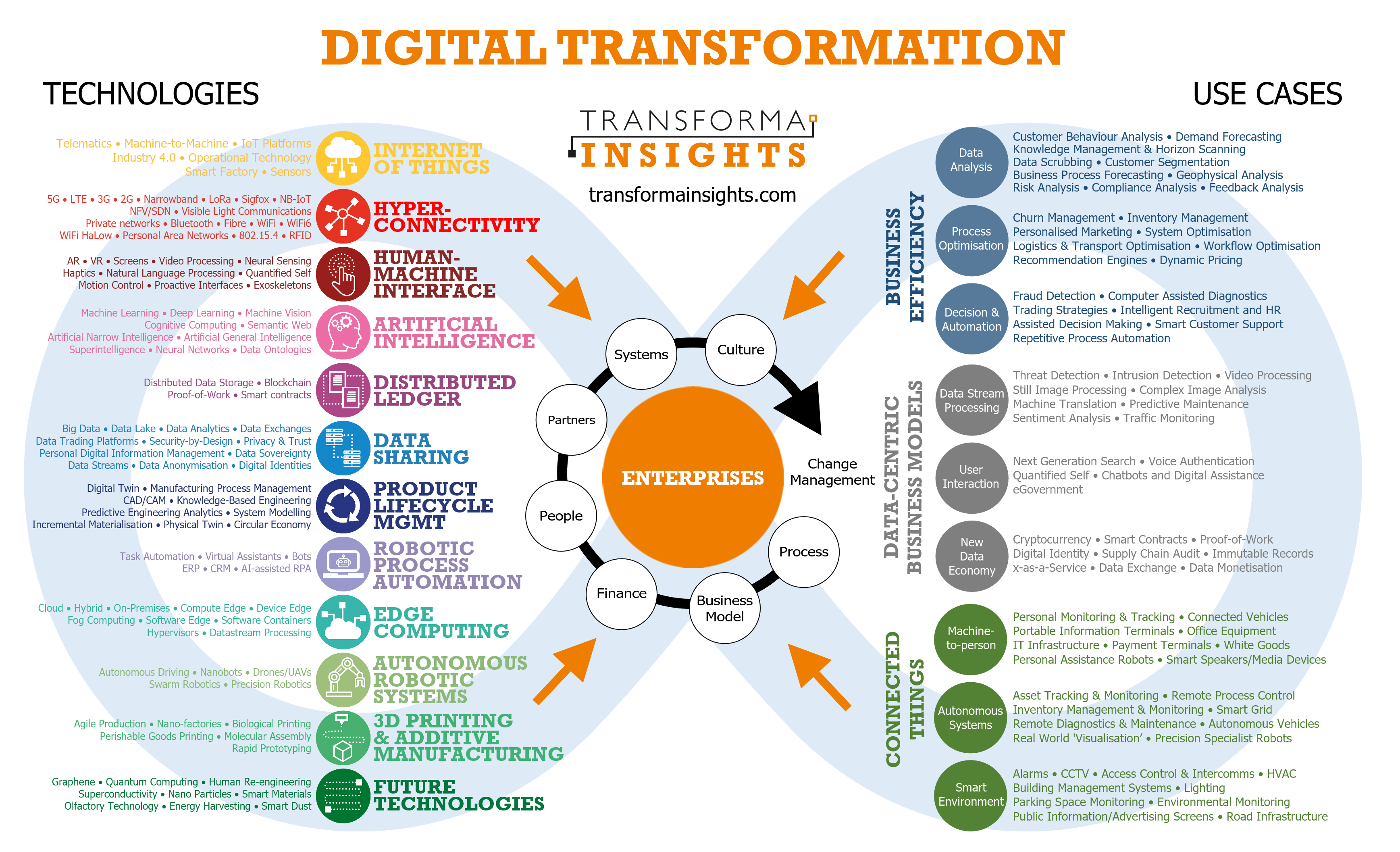 The focus is on quantitative analysis, examining numbers of revenue generating units (RGUs), connections, technology splits and revenue, including examination of which verticals will dominate, and analysis of geographical distribution. This report provides summary charts of the granular forecasts within the Transforma Insights TAM Forecast Database.

For further discussion of the market for robotic systems, including analysis of key market trends, vendor landscape, and analysis of historic deployments, see the second report, 'Autonomous Robotic Systems Technology Insight Report' (link here) which has also been updated. Each of the Use Cases under the Autonomous Robotic Systems banner also have their own separate Forecast Insight Report.

The TAM Forecast Database includes our IoT ‘Connected Things’ Forecast, which covers the period 2019 to 2030 for Revenue Generating Units (RGUs), connected devices, annual shipments and revenue across 20 use cases, 69 application groups (of which Unmanned Aquatic & Aerial Vehicles is one), 20 vertical sectors and 198 countries. Device and shipment forecasts include technology splits between cellular (2G, 3G, 4G, 5G), LPWA (5G mMTC and non-mMTC), satellite, short-range and other. Revenue splits between hardware (module) and recurring (connectivity and service wrap).

Our main IoT forecast provides splits based on highest embedded technology. Additionally our ‘hyperconnectivity’ forecasts provide forecasts for all embedded technology to illustrate all technologies supported by any given use case or application. Further details from the press release in January 2021.