What's the current state of the IoT connectivity provider landscape...?

On the 9th February we at Transforma Insights will host a webinar entitled 'Who's winning the race to become a Hyperscale IoT Connectivity Provider? IoT best practice for CSPs'.

This year has been a highly significant one for connectivity providers. We had seen some major acquisitions and integrations (e.g. Sierra Wireless by Semtech, Aeris of Ericsson's IoT assets), the imminent potential spin-out of Vodafone IoT, some significant pivots of approaches from some of the major connectivity providers, the deployment of new value-added services particularly around data analysis, and the growing importance of the IoT MVNOs.

In the webinar we will look at the over-arching trends in the space. In particular focusing on the evolution of connectivity from the physical infrastructure domain to the virtualised service domain (we'll explain more on the webinar), with all the implications that brings.

The current disruption in the IoT connectivity space has every operator carefully assessing their capabilities and oppportunities. And rightly so. If that's your part of IoT, or you're a buyer of IoT connectivity, or just interested in understanding how the ecosystem is evolving, join us on the 9th February. 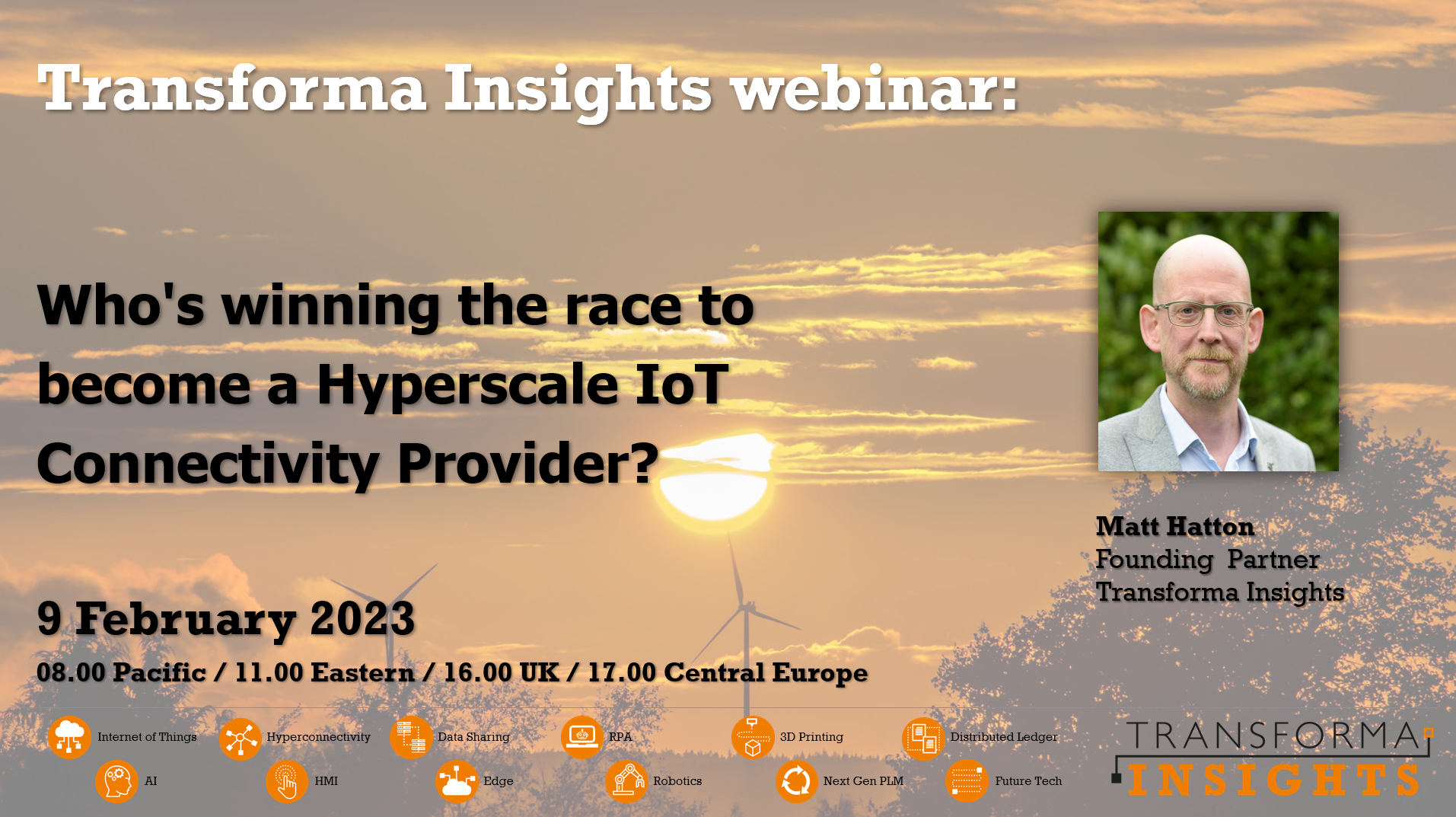