Which vendors lead in awareness and consideration for IoT projects?

Which are the leading IoT vendors?

The chart below presents a summary of key findings of the research, ranking the vendors by the number of respondents who said they had used the vendor and would use it again. 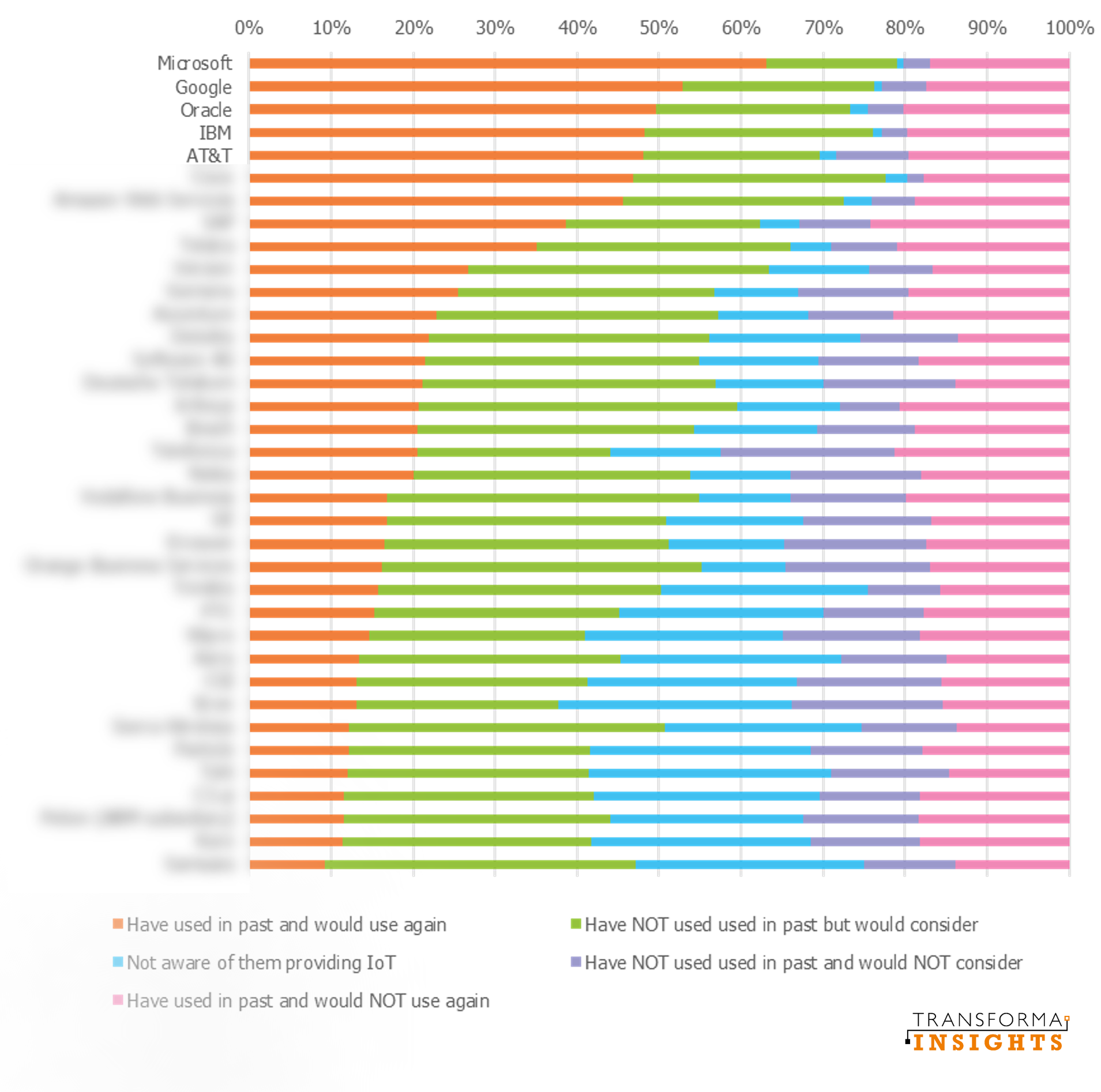 There is a notable top tier of vendors encompassing major IT vendors, particularly cloud providers, and a couple of communications service providers. The top 5 consists of Microsoft, Google, Oracle, IBM and AT&T, all of which score very well in terms of awareness of the products and interest in using again. Others in the top 10 include AWS, SAP and Verizon.

Overall, there is a very strong correlation between organisations using a particular vendor and their willingness to recommend them. There are two implications here. Firstly, that there is a group of vendors with which adopters have an established relationship and whose services they almost inevitably anticipate using in future. The second is that smaller vendors find it harder to establish stickiness with their customers. There are a few vendors that buck this trend and score relatively well on reuse despite not being particularly widely used, namely Deloitte, Deutsche Telekom and Verizon.

And who are the least preferred?

The reverse of the analysis is to look at a ranking of vendors by the proportion of respondents who have said they use them but would not use them again. The companies that score highest (or lowest, depending how you look at it) tend to comprise smaller IoT platform providers, such as Particle and C3.ai, and IoT MVNOs, such as Pelion, Aeris and Kore.